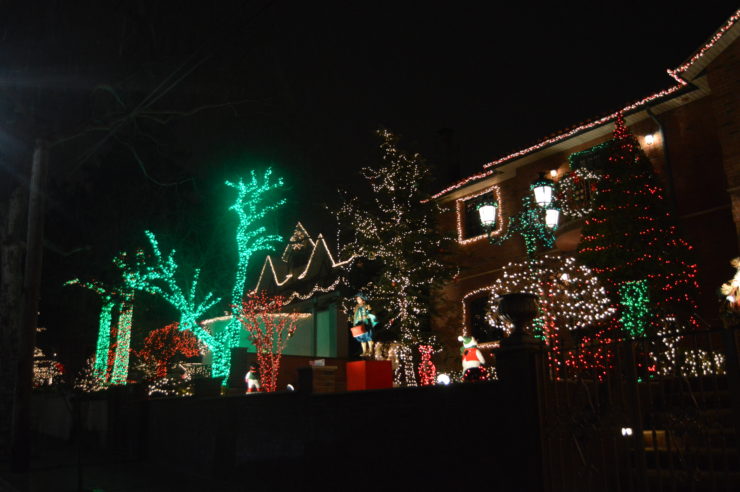 Have you ever thought to spend Christmas in New York? And may be to find out that a driver was waiting for you at the airport?

But let’s start from the beginning. Two friends of mine and my family arrived in JFK airport on the 24th december. After the customs queue, as usual, we were leaving the airport when our friends saw a sheet with their name on it and they looked me with a big question mark on their face! I started laughing… Surprise!!! And they didn’t know what to espect. We followed the driver and in the parking they found out that a white limo was waiting for us! 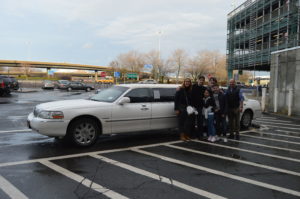 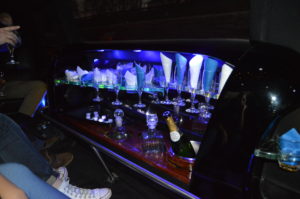 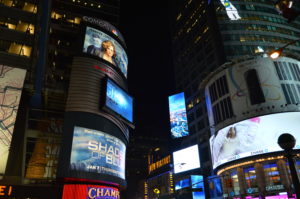 and Rockfeller Center, but we hardly could walk because of the mess. 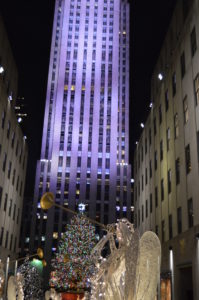 We had dinner and went to bed early as we were tired from the trip and the jet lag.

The next day was Christmas and we have already decided to spend the morning going around central Park and above all do a tour with the carriage. Unfortunately the ride was too short. We had lunch in a Upper East Side restaurant, eating oysters and drinking champagne! Merry Christmas! 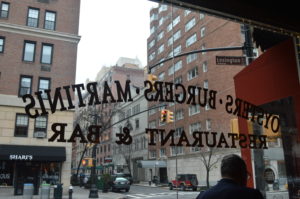 After that we spend our afternoon going around Fifth Avenue and finally going up on the Top of the Rock at the Rockfeller Center. The weather was cloudy and foggy but the lights of New York were fantastic! 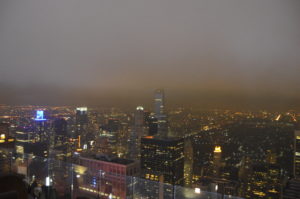 The next day we went to the Liberty Statue through Battery park where we took the boat and the first stop was in Ellis Island. And this is the place where our ancestors stayed in quarantine waiting to enter in the United States of America or where they waited to come back as they couldn’t enter.

The Liberty Statue is a symbol of this nation and I was excited to be there. 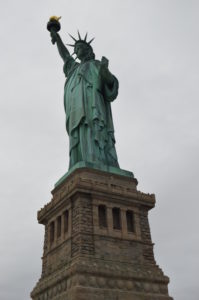 When we got back on the ground we walked through the NYSE and the Wall Street Bull to the 11 september Memorial. Here there is two big square pools with all the name of the people who died in the terrorist attack and the sound of the water like tears. 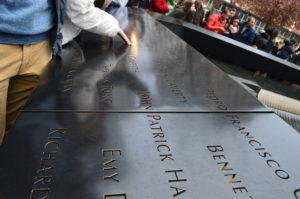 We also visited the Museum where little pieces of the World Trade Center can be seen. The most sad and impressive part of the museum is the rooms filled of the dead people photos. You can’t take photo but you will never forget!

The next day as it was sunshine we went staight to the Empire State Building. 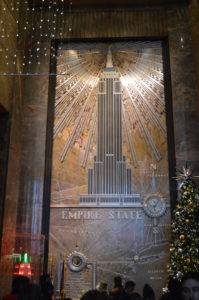 We needed 5 hours from the beginning to the end… all the tourists were there! We also took a look of Little Italy and ChinaTown.

But it’s the last night that we saw the most beautiful christmas environment. We had booked another limo for a 2-hours trip. First of all the driver took us in the most wonderful place to have a glance of the nightly skyline 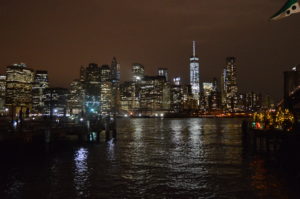 and then he suggested to go to Brooklyn Heights to see the competition between neighborhood to have the best decorated house and garden and full with christmas lights. That was incredible!!!Unfortunately was raining but the sight was amazing! 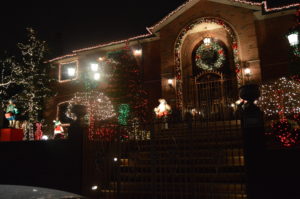 Our fun wasn’t finish. The driver left us at the Marriot on the 42th Street and we got up to The View, the going around restaurant. It was a wonderful experience even if a little pricey. We chose the buffet menu to save something but it was expensive.

Tha last day we thought to see a museum but there was a long queue outside so we went again on the fifth avenue and then we reached the hotel to collect our suitcases and leave the city!

What a shame… our unforgettable Christmas in New York was at the end!